TIME FOR MAGHERA TO UP THEIR GAME 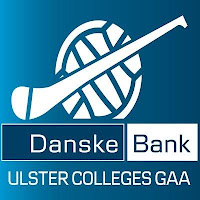 Tonight (Friday 7.30) St Patrick's Maghera are back to MacRory action in Emyvale against a highly rated Omagh CBS with a place in the last four of the competition up for grabs.
Paul Hughes has Paddy McCormick, Larry Kielt, Caolite McAlinden and Odhran McKeever back in contention after they missed the last round due to a pre planned school field trip.
In last week's winner takes all play-off game last week Maghera had to withstand a late Abbey challenge.  Paul Hughes was realistic with his post match assessment.
“In championship all you ever want is to be in front at the end of it. We struggled; we were untidy, with very little cohesion about how we played.”

There will be no hiding places under the Emyvale lights and  they face a possession battle in the middle.  Maghera will need big performances from Conor Glass, Patrick Kearney and Jack Doherty to curb Omagh's strength in this sector.
Omagh have ten county minors and three players on the Tyrone U21 panel, namely Eoighain Murray, James Darcy and John Harkin so the midfield battle will be crucial.
Conor Glass is looking forward to another busy weekend.  On top of the Omagh game, Glass and Jack Doherty have an important date with Magheracloone U21s on Valentine's Day in Creggan.
Glass is well aware of the Omagh challenge.  "They have the two all-stars around the middle so it'll be a midfield battle and hopefully the fringes around taking the pressure off the midfield."
"We  need the wing half backs and wing half forwards coming in and stepping up.  Hopefully we can do a job and really step up in this MacRory Cup.  The last night [v Abbey] didn’t really do us justice."

He made his debut as a fourth year in the Hogan Cup but this is 'his year' and is playing with his own age group.
Maghera were Rannafast champions at this grade but the MacRory cares very little for the favourites tag. Glass knows how form can fluctuate.  "It's underage football and it's hard to predict, especially at this level.  Every team is going to be good, every team is going to have a system setup."

Glass is well aware of the improvement required.  "As you saw yourself  the last night, Abbey setup defensively and we found it hard to deal with in the first half.  We missed a lot of scores in the second half, five or six scores on the trot."
"It's a reality check and the hard work starts now.  They [Omagh] are one of the strongest teams in the MacRory.  We played them in the Rannafast semi final, the year we won it and just scraped past them.  It's going to be a tough game but hopefully we'll come out on the right side of it."
Maghera will need a huge improvement from the Abbey game if they are to be left standing, come Saturday morning.  Captain Glass and manager Hughes both know what is required.  Tonight will tell a tale.
Also on Friday, Derry side Lumen Christi will take on Aquinas Grammar School in the Nolan Cup Final at Meadowbank, Magherafelt (4.30).
Mickey McCullagh's team will go into the game as slight favourites and will be looking for continued scoring power from Steelstown duo Ben McCarron and Eoghan Bradley.


Tonight (Friday) St Mary’s Limavady will take on Colaiste Ailigh of Letterkenny in the Ward Cup  Quarter Final at Celtic Park (7pm).  This game was originally scheduled for two weeks ago but fell victim to the weather.
There is a doubt over Callum Brown's participation but team manager Chrissy McKaigue will now be able to call on the services of Glack’s Derry minor player Martin McGonigle after a lengthy spell out with a nasty hand injury.

Posted by Michael McMullan at 08:30
Email ThisBlogThis!Share to TwitterShare to FacebookShare to Pinterest