HOLDERS DRAW LAVEY IN BOTH CODES

When Francis McEldowney held coveted John McLaughlin Cup aloft last October in Celtic Park, their first round defeat against Lavey was long since forgotten.  Similarly when Loup edged out Dungiven to land the 2009 championship their early season blip against Glenullin was in the past. 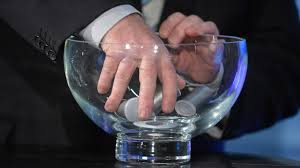 This season it is back to ‘real championship’ as the Derry CCC opted to take away the SFC back door option and last Tuesday night it was nearly by fate that holders Slaughtneil were paired with eight times champions Lavey.  This year’s gig is very different – no second chances.
Throughout all the various grades of the championship 2016 will bring some mouth watering games.
After the draws were made we got the opinions of some of the clubs and players involved.
Slaughtneil goalkeeper Antoin McMullan is going into his ninth season between the sticks for the Emmets and his experience tells him that his team’s defence of the title will be as tough as ever.    “It’s wide open for six or seven teams this season.  It’s roulette as much as anything else.”


With Mickey Moran back on board, Slaughtneil will be wary of the Lavey threat.  Derry full forward Cailean O’Boyle was the man who fisted Lavey’s late goal shoving McMullan and Slaughtneil towards last summer’s back door and is hoping for a better slice of luck this time around.
“It’s a tough, tough draw.  Slaughtneil have deservingly been champions this past two years and are the best in the business.  If we get a bit of luck here and there, who knows?”
Twenty five years ago his father Damian was in the midfield engine room as the Erin’s Own men brought home the All-Ireland, so maybe there is an omen this year.
One of the last teams to have secured a manager this season was Kilrea, who have Paddy McNeill senior in charge.  James Kielt is enjoying renewed vigour in the county setup and he reflects on hand Kilrea have been dealt.
“We have played Banagher in the championship a few times in recent years and they have always been tight affairs so I don't see this one being any different.  Both clubs will feel with knockout football it could be a good chance to progress far in the championship.”
Glen’s season is already up and running with a considerable amount of Enda Gormley’s squad preparing to retain their Ulster U21 title.  Club PRO Conor Molloy highlights the mood of optimism in the club.  They are looking to take tiny steps towards becoming an established senior team.
“We are certainly looking forward to the 2016 season. We have a very young panel of players who are looking to consolidate themselves as senior footballers. We have Swatragh in championship, they are a big strong team and are never easily beaten.”
Trillick man Liam Donnelly has a tough draw with his new club Ballinascreen.  He will be glad to have the full commitment of Carlus McWilliams who has opted not to join the county panel his season.  McWilliams is just glad to have a target to get this teeth into.
"It’s a really tough draw for us [v Eoghan Rua] but one the lads will be looking forward too.  At least we have something now to focus towards for the year ahead. It’s good to have the straight knockout back in, as it will give the games a far better atmosphere.  There are some interesting ties and I can see there being a few shocks."
In the intermediate championship newly promoted Faughanvale have retained the services of Joe Gray as manager.  Gray is setting his sights firmly on retaining the Intermediate status they strived for last year.
“We’ve a tough challenge to contend with.  Being in the four team pot with last year’s division one team Foreglen being clear favourites, makes qualification extra difficult for the likes of ourselves just coming back to Intermediate.  Our focus has to be intermediate league safety first and foremost.”
With Claudy, Greenlough and Glenullin all in the senior championship, Foreglen will be highly fancied for success.  Steelstown and Castledawson will have plenty to say in the shakeup as well.
Another team with their eyes on glory are seven times winners Craigbane who have secured the services of Eamon Burns to their management team.
Ace forward Lee Moore missed the business end last year as they were steamrolled by Greenlough on final day.  Moore knows it will be a tough run again.
“No championship games are easy.  We will try and win every game that comes.  Steelstown are in a tough group with the city derby and Ballymaguigan but as you know yourself there’s no easy games in championship football.”
In the hurling championship Kevin Lynch’s are never far away and will have the full commitment of key players Liam Óg and Kevin Hinphey all season.  This will make a huge difference as they strive to wrestle the Fr Collins Cup from Emmet Park.
Holders Slaughtneil, like in the football will face Lavey.  After their narrow defeat against Cushendall they are back at the bottom of the mountain again and selector Dermot Doherty assesses their aspirations for the season.
“It’s a tough draw against Lavey, who traditionally have strong championship hurling teams. They have quality throughout their squad but a challenge were looking forward to as we haven't played them in championship for the last three or four years.”
Last year Drum were defeated in the Junior final after a replay and have Jason Hazelett and Kieran O’Kane back on board again.
They face Limavady in a tasty opening round game.  Mickey Boyle from Ballinascreen is the man charged with taking the Wolfhounds back into Intermediate football.
Drum goalkeeper Cahair O’Kane realises the task his Drum side is going to face.  “It's a very tough draw to start off with, given that Limavady have played most of the last decade in intermediate football.”
Playing in the junior ranks and from his career studying the Derry club scene, O’Kane is well placed to assess his team’s chances.
“They'll [Limavady] obviously be favourites for the competition, given how often the team that has been relegated has won it in recent years as well. But we will hopefully be in a position to give them a good challenge come the time.
There are at least four other clubs that will be in with a real chance of winning this Championship - and I mean that. The standard has improved immeasurably in the last few seasons.”

Preliminary Round
(A) Glen v Swatragh