Change of direction for Derry U17s 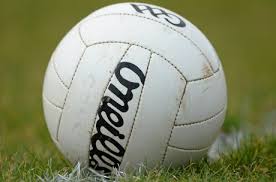 This season Derry will be putting an U17 football team into the Ulster League.  They will play games as part of double headers alongside the minors when the competition begins in March.

Co-ordindators Paddy Downey and John McErlain have already been active in getting their plans together.  They are working closely with the county minor management and have already been trawling the county looking for goalkeepers and players have already featured in the minor trial games.
Final trials will take place on a Sunday morning (Date TBC) in January.  In the short term the U17s will feature in the Ulster League games which will count towards placings in the Jim McGuigan Cup.  There will also be two blitz competitions through the year.  The long term goal of the squad is to develop players for the 2017 county minor squad.

In recent years it was an age group that was never fully functional in Derry but with U17s not eligible to play adult club football, this will be a welcome addition as the players develop towards the senior grade.

The players receive screening, a strength and conditioning programme, food after training and training gear in the same manner as provided by the minors.  The squad will train once a week on the same night as minors and Michael McMullan will provide a link with the minor management team.  This working link will keep the door open for any U17 players to work themselves towards the minor squad as the season progresses.

It's all part of the recent revamp of the development squads by Derry Director of Football Brian McIver.
Posted by Michael McMullan at 21:43
Email ThisBlogThis!Share to TwitterShare to FacebookShare to Pinterest